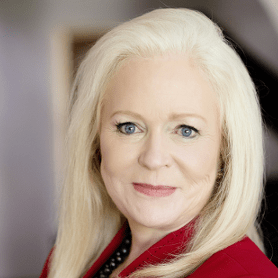 Sharon Lechter is an entrepreneur, author, philanthropist, international speaker, licensed CPA, Chartered Global Management Accountant and, most importantly a mother and grandmother.  A life-long education advocate, she is the founder and CEO of Pay Your Family First, a financial education organization. Regarded as a global expert on financial literacy, Sharon has served as a national spokeswoman and Presidential Adviser on the topic. In 2016 Sharon was appointed by Junior Achievement as a JA University of Success Founding Chancellor and in 2017 as Arizona Chairman for the 2020 Women on Boards initiative. In 2019 Sharon was appointed by Arizona State Treasurer Kimberly Yee to the Arizona Financial Literacy Task Force.

Sharon has been a pioneer in developing new technologies, programs and products to bring education into people’s lives in ways that are innovative, challenging and fun, and remains committed to education – particularly financial literacy and entrepreneurship. In 1989, she joined forces with the inventor of the first electronic ‘talking book’ and helped him expand the electronic book industry to a multi-million dollar international market. Since 1992, she has dedicated her professional life and directed her entrepreneurial efforts in the creation and distribution of financial and entrepreneurial education books, games and other experiential learning products.

In 1997 Sharon co-authored the international bestseller Rich Dad Poor Dad, and has released 14 other books in the Rich Dad series. Over 10 years as co-Founder and CEO, she led the Rich Dad Company and brand into an international powerhouse. In 2008, she was asked by the Napoleon Hill Foundation to help re-energize the powerful teachings of Napoleon Hill just as the international economy was faltering. Sharon has released three bestselling books in cooperation with the Foundation, including Think and Grow Rich-Three Feet from Gold, Outwitting the Devil and her latest project, Think and Grow Rich for Women, released in June of 2014. She is also featured in the 2017 movie Think and Grow Rich: The Legacy and has released the book Save Wisely, Spend Happily in cooperation with the American Institute of CPAs.